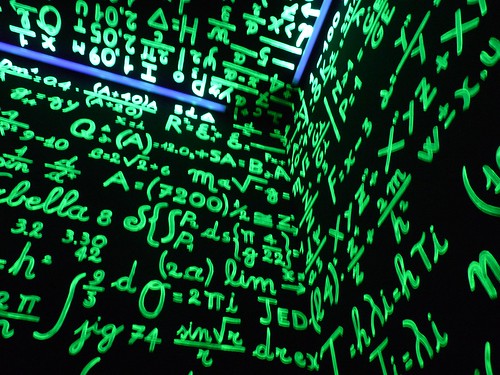 Innovation is one of my favorite topics, but it’s one I don’t write about as often as I’d like to because… well, I write code and like everyone else who writes code, I have a boss who needs me to do more stuff, and so I don’t get to think about as much innovation as I’d like.

Just like about every other software engineer. It eats at the soul but it’s a necessary evil that can – and should – stretch the coder.

But off and on, I get an odd request about innovation because in some places I’m known for that.

There is no rule book for innovation.

By definition, innovation breaks the mold. So if you read stuff – as you should! – don’t look for the solution right there in the text. Don’t try to think applying everything you read will be innovative; you’re copying someone else’s ideas more than likely and as much as you might think the ideas apply well to your project(s), in a few chapters or a few books from now you’ll find the folly in this. Trust me.

No one who wrote a book, created a video or otherwise broadcast something did it for your specific issue. You’re not that important. The people who think your problem is important are the ones who will be of most help.

I see people trying to force innovation. That forced peristalsis is how you get hemorrhoids. Stop it. You can’t really rush innovation. You can, however, create the right conditions for it, and there’s no magical solution for that too.

And no, you can’t spend money to directly fund innovation. That’s the cart before the horse.

Einstein broke out of the rut of Physics in that way. In fact, any true advance in science and technology challenges the status quo. Breadth of knowledge is as important as depth. And hey, since I brought up Einstein, let’s paraphrase him.

The solution cannot be found with the same kind of thinking that hasn’t solved the problem – and may have even enabled it.

I’d argue that if you’re not solving a problem, you’re enabling it. Problems do not go away if you ignore them. However, people do. Trust me on both.

Granted, you will have to spend money to implement something, but throwing money at problems hasn’t worked for just about any problem out there. I could pick on government institutions, but that’s just too easy.

Innovation is about standing on the shoulders of giants.

I wrote about this in the context of knowledge quite some time ago, but what in short it’s really about is that knowledge you leverage from those who came before. There are plenty of good ideas out there that have never reached fruition because of many challenges.

You’re not going to get more innovative by reading about it. Not even this post. But you can innovate by stretching yourself in new directions.