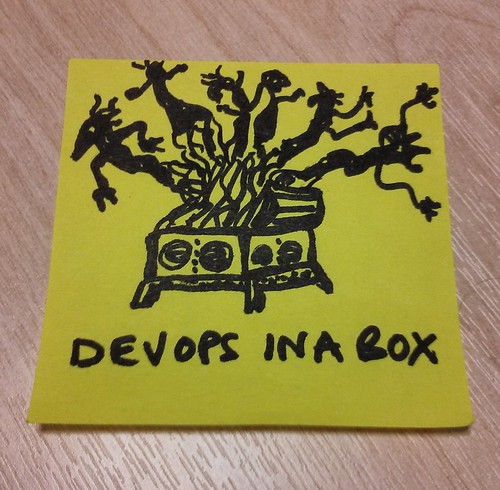 I was in an interview with a candidate for a Software Engineer some time ago. We had the usual suspects at the table and me, the unusual one at the interview.

I’d read the guy’s resume. He claimed some game programming, and he also claimed to have experience with the full SDLC with both the Waterfall and DevOps methodologies. One of our people, notorious for academic questions, was pulling some of his punches related to .Net. He trotted out his usual questions on design patterns (he sure did love his MVC – let’s call him Mr. MVC), and he continued with his notorious monopolization of the interview. When it finally got to my turn, I asked a XOR question – the candidate had never used it.

So then I asked him about the strengths and weaknesses of Waterfall – and on DevOps. Mr. MVC quipped that he didn’t think we were hiring for the DevOps department, and I ignored him since I did not want to straighten out his ignorance in front of a candidate (though he had no problem being a jerk when he was wrong). The candidate answered the questions well enough, and I let it be.

But looking back, I couldn’t help but think that Mr. MVC was confused by DevOps because:

(1) We had a department by that name.

(2) He didn’t actually know about what DevOps was,

(3) He hadn’t read the resume and noted ‘using Waterfall and DevOps methodologies’.

It surprised me that Mr. MVC didn’t know about it, and it surprised me more that he’s now basically in charge of the Agile process at that company but wasn’t familiar with DevOps itself – particularly when the end goal is continuous integration. That’s sort of what DevOps is:

In a DevOps environment, cross functionality, shared responsibilities and trust are promoted. DevOps essentially extends the continuous development goals of the Agile movement to continuous integration and release. In order to accommodate continuous releases, DevOps encourages automation of the change, configuration and release processes…

So, by having DevOps on his resume, the candidate had opened himself up to all manner of questions on Agile, as well as continuous integration – things which, months later, would be brought up by the CTO.

And no one – not one soul – called it DevOps. Why? Likely because they got rid of the department that they used to call DevOps. This was largely because they sabotaged it by not giving it the appropriate tools for continuous integration, and the fact that the lack of documentation made the relatively fresh department more likely to fail with manual deployments.

I write all of this because I encountered it at one of my own interviews with a company. We were talking about continuous integration and the mismatch between Agile and Continuous Integration when it comes to involving Operations – they are typically not involved with Scrums and are therefore less likely to be prepared. That’s where DevOps comes in.

DevOps has been around a while. Waterfall went to V-model that went to Agile – and now DevOps is king. Or should be.

But it’s surprising how many people don’t know about it.