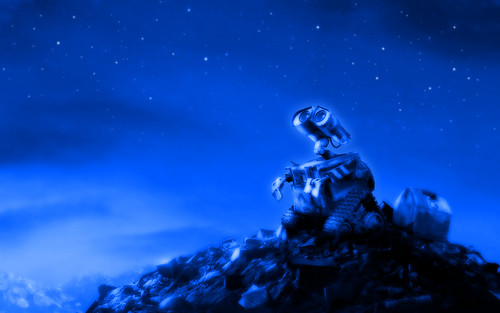 I got it all wrong.

This is not to say that I have regret, or that I’m disillusioned. It’s more of the realization that I have suffered an illusion, and while I do not understand yet how I became illusioned, I understand that I have been.

It started as a child, really. I grew up the son of an engineer, and understanding how things worked was simply a way of living. It’s not a bad way to live. Later on, the personal computer revolution started and despite then living in a developing nation, PCs became my surfboard – and writing code became a primal need. I happened to be good at it.

The early 80s were a happening time in tech. It was a true revolution; the power of a computer in the hands of individuals and small businesses was unheard of. Given that we didn’t have the Internet and networks were just beginning, the world changed as rapidly as that would allow. The teenage version of me thought that it would be a great way to add value to the world. To make things that would make the world a better place, like the advertising promised… but I was too young to understand that one shouldn’t believe the advertising.

At one point, I began to understand that. And I began to understand that despite my best intentions, I wasn’t actually doing anything of worth. You, reader, may believe you are doing something of worth. I will tell you that maybe you are now, but it will likely not last – the churning evolution of technology swallows things, digests them and incorporates them into other parts – and you never see those things again. And it does so with people, too. Sure, you have the success stories.

In the end, though, you look back on the things you’ve played with and worked on decades later, nostalgically, and realize that they are gone. You made companies money for your living expenses, sold your abilities to the highest bidders, and one morning you wake up and realize that coding is the next blue collar job. There’s nothing wrong with that. But code has a way of changing, being tossed out or simply sitting somewhere on a server as technology rolls by.

I recall at job interviews over the past 10 years being asked about things I wrote, as if I single-handedly wrote anything or maintained anything in the last 10 years other than websites – and websites built disappear over time not through fault of the coders, but through faults of the businesses. And the same happens with the less visible code. Companies get bought out and their technology is either adapted, or tossed out (even if it’s better).

What I got wrong in all of this is not what I did but why I did it. This idea of generating actual value instead of making money is antiquated in this world, and perhaps the best reason for that is the people running things believe that money is the value and that everything else is transient.

Had I known that 3.5 decades ago, my approach on many things would have been different. I joke about being raised wrong, and there was a point when I wistfully pointed out that things used to be built to last  – but the world doesn’t want that. The constant evolution of everything requires, in this world, the financial backbone to do so. No technology survives without it’s own economy, and in that it is a slave to those with the disposable income to pay – not the masses whose lives could be improved by it. The cognitive dissonance of Silicon Valley in this regard, as well as others, leads a path to those who wish to follow – and that path is one of the financial backbone, of bankruptcies and failures unmentioned in the marketing brochures.

Tech will continue to change the world, but the socioeconomic disparity is playing itself out in democracies around the world. Interesting times.