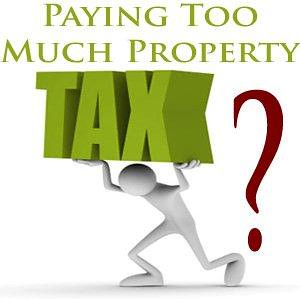 With all the media coverage on the new (2017) Property Tax here in Trinidad and Tobago, it’s hard to pick one article out of all of them to get a cohesive idea of what it is. In fact, most of the articles I’ve seen have been devoid of facts and full of opinions – let’s just say that there is a communications issue.

Frankly, if the roll-out had been done with better communication, it would have been less the political football it has become.

I own property – a fair amount – and people know this, so they ask me about it. My land is agricultural, so the new tax is almost straightforward for me. Almost.

But who reads these forms? Who has access to these forms? With people being asked to take pictures of their property and give personal details, one of the main questions I have heard from more moderate voices revolves around privacy.

And there are privacy issues to consider with crime as endemic as the common cold, and allegations in foreign news:

A project that Cambridge Analytica carried out in Trinidad in 2013 brings all the elements in this story together. Just as Robert Mercer began his negotiations with SCL boss Alexander Nix about an acquisition, SCL was retained by several government ministers in Trinidad and Tobago. The brief involved developing a micro-targeting programme for the governing party of the time. And AggregateIQ – the same company involved in delivering Brexit for Vote Leave – was brought in to build the targeting platform.

David said: “The standard SCL/CA method is that you get a government contract from the ruling party. And this pays for the political work. So, it’s often some bullshit health project that’s just a cover for getting the minister re-elected. But in this case, our government contacts were with Trinidad’s national security council.”

The security work was to be the prize for the political work. Documents seen by the Observer show that this was a proposal to capture citizens’ browsing history en masse, recording phone conversations and applying natural language processing to the recorded voice data to construct a national police database, complete with scores for each citizen on their propensity to commit crime.

“The plan put to the minister was Minority Report. It was pre-crime…

The sole local article I saw on that was here. I admit I don’t read the local newspapers too much, so I might have missed a few other articles.

Now, being sensible and intelligent, you’ll ask me how this all ties in to the question of privacy as related to the property tax information being voluntarily sent in. That quote isn’t about the reported 105 warrants to intercept communications with 1 arrest (Less than 1% success if you bother with math). We’re talking about other stuff.

We all know that there are issues with corruption – such as the open secret of passing bribes in the Licensing Office. Anyone who lives in Trinidad and Tobago knows that there is rampant corruption in government – which, to my understanding, happens to be the largest employer in the country. And if they can’t even pay their people, when there are meetings about not purchasing toilet paper, you have a security risk. You have a privacy risk.

The privacy is a legitimate concern. Who has access to this information? How will it be used in other ways? Who is speaking to the populace being comfortable about that?

Certainly, I understand that the government needs to build it’s data – the log books of old would take decades to computerize, and I do applaud the genius of crowd-sourcing from the populace… but… privacy.

And that’s the press of this entry.

A little ad lib below.

Some Personal Notes On The Property Tax.

Personally, I don’t like the idea of a property tax where one can forfeit property if one doesn’t pay it for 5 years. It’s a de facto tenancy to the State at that point, and I think that’s wrong. People pay stamp duty when they purchase, and many other taxes are levied.

I also don’t like speed limits as they are in Trinidad and Tobago, but if I break them I get a ticket, so I obey them. I don’t agree to a lot of silly laws, but I also understand that a society of laws is necessary. I don’t have to like them.

I bring this up because a lot of people are saying that people shouldn’t submit their forms, particularly in grassroots meetings. It’s a matter of Civil Disobedience, I suppose, and I doubt that few people who are considering it know the story of Henry David Thoreau’s Civil Disobedience – about how he didn’t believe in the Church tax, and how he was thrown in jail. What many people tend to overlook is that he only got out of jail because someone came by and paid his Church tax for him.

I will not advise anyone to take this course of action. If the person or people advising you to do this will pay the $500 fine you’ll get for not submitting… well, you decide. It is the Law.