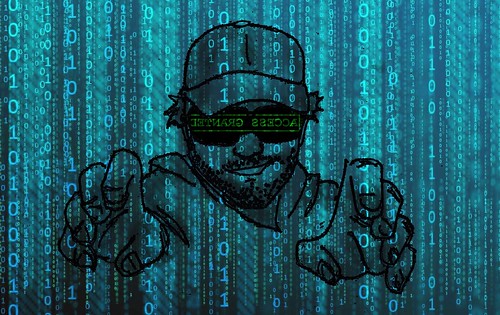 I like the spirit of the bill. My own personal background in technology is public knowledge; my LinkedIn profile will demonstrate that I have worked with companies that have been sensitive to ‘cybercrime’.  As an author on technology (virtual worlds and more), as someone who has earned media mention (BBC, New York Times), as someone who has been active in technology circles in the region (CARDICIS, LACNIC) and outside (the 1st Mobile Convergence, among others) and as someone who has spent over two decades of his life in software engineering, I submit the following comment:

While these messages can be unsolicited, they can also be solicited. I think the use of the word ‘unsolicited’ should be reserved for what is popularly known as SPAM.

Item (d) is problematic because it is contextual and no context is provided. It describes functions that can be perfectly legitimate in designed use of systems. Further, I would like to point out that the undesigned use of systems is what is called ‘disruptive’; that ‘disruptive’ in this context is about innovation, and that innovation is of particular importance to a developing economy. To stifle innovation is to stifle the economy and culture of the nation.

For example, no one expected ‘apps’ to become popular on phones, and installing ‘apps’ on a phone can have an adverse impact on performance.

The question then becomes how much is adverse, and we enter a realm of subjectivity in a world where Moore’s Law advances faster than amendments to Acts. This is why computer software has ‘System Requirements’ as far as operating system and hardware.

I suggest the following:

““hinder” in relation to a computer system, includes—
…
…
…
(d) Affecting computer data or software in such a way that overall performance and use of the system is adversely affected to the degree that a system cannot perform it’s functionality when all documented system requirements are within normal limits.

(e) Rendering the data on a computer system to be unusable for it’s operation.”

As an example, when I worked for Emergency Communications Network in Ormond Beach, Florida, the business was to make people aware of emergencies by phone (telephony), text (SMS), email, and social media according to contract. We did this at the Town, City, County, State and Federal Levels. Our security was therefore required to be as good as or better than these systems, but we were not considered a part of the DCI. However, we had to perform security audits.

Consent can be as fluid as a relationship, and the storing of the image(s) does not mean that they actually took the images; they may have been sent by the offended party. A scenario of a bad breakup might be immediately followed by an accusation of such images existing on someone’s computer system (phone, computer, etc.) and suddenly, what were once consensual intimate images become reason for the upheaval of the accused’s life. That seems a bit extreme, and seems like an aspect of the system very open to abuse.

Sharing the images without written and signed consent, on the other hand, is without question an offense.

(1) There is a lot of authority to decide given to Magistrates and Police who may not understand the technologies that they are dealing with. This brings up potential appeals that can clutter the Court(s) further; there is no mention of prerequisite training and continued education in these aspects of Law. This legislation may not be the place for such things, but as a layperson all I can suggest is that it should exist somewhere.

(2) There are potentially cases where trained professionals can be accused of doing illegal things when, in fact, they communicated what they were doing clearly with the person or legal entity that they were doing work for. This highlights the importance of appropriate contractual documentation, and this needs to be highlighted to professionals and their clients such that all understand it.

It would be good to see that level of professionalism become the norm.

(3) Separate from (2): Sometimes bad things happen when troubleshooting or installing a system, and professionals can be put at risk by this legislation. This is, sadly, quite common – ask any Doctor. Systems are increasingly complex and while attempting to fix something that is the focus of a contract, it is possible to break something else – particularly when the lowest bidder gets the work by not billing for appropriate documentation.

Further, operating systems and hardware are fluid. Unlike medicine, where the human body generally follows certain anatomy and physiology, computer systems by and large are made up of various permutations of software and hardware that may or may not be up to date, making it a very difficult thing to protect against. There is no certification that covers everything, there is no degree that is current with technology and there is no way to know everything about a system when troubleshooting it.

Thus, actual criminal intent needs to be required in all of this. After all, lawyers are not held accountable for losing cases (even when they do everything correctly) by means of fines or jail time. To put this burden on the shoulders of other professions seems unethical.

(4) It bothers me that the opportunity to protect the privacy of individuals is not highlighted in this Bill. While individual privacy has been protected by copyright in the past in other nations (I do not know about here), there are larger concerns.

For example, asking me for a digital copy of my National ID opens me up to identification theft. I do not have laws that protect MY information once it gets into government systems – until Clause 15 is enacted, and even then, I have no assurances other than someone will get prosecuted. That hardly makes me feel secure. This leads to security audits in Government offices, which are not mentioned at all in this legislation (see (6)).

(5) There should be different criteria for first time offenders and repeat offenders, as well as with minors and adults. We might end up making criminals of children before they begin thinking of adulthood. We need to be very careful here not to limit young curious minds because ignorance of appropriate technology etiquette. These could be teaching moments.

Repeat offenders, on the other hand, may need Court orders that limit their access to technology as is done in other parts of the world.

(6) There is no mention of the requirement of 3rd party audits on Government computer systems (critical infrastructure and otherwise) to assure that national security and privacy of information of citizenry is maintained at the highest levels by the government. This, in my eyes, is a serious flaw.

I observe local IT professionals, and more often amateurs and amateurs in professional’s clothing, putting themselves into positions where they could be wrongfully accused of things that they themselves were contracted to do.

Certifications and Degrees do not make someone responsible.

The public needs to be better educated on this Bill in this regard, particularly since companies are notorious for hiring someone who they know instead of who knows what they are doing. There is public speculation on Government doing this as well, which I know little enough to comment on but have heard enough to make comment.

The Bill implicitly pushes forward best practices in the IT field, where contracts would have to be in writing and agreed upon, where documentation should be provided on the work to be done as well as the work done. I would suggest some degree of indemnification when it comes to troubleshooting and repairing systems to give guidelines in the readings of the Act by Magistrates.

The Act should codify requirements of critical infrastructure to be audited to assure security of information. This is the main thrust of the legislation, and yet there are no preventive measures to be found in this Bill that provide for that and no responsibility communicated that makes the Government responsible for critical systems. Certainly, securing systems is of interest enough to create a Bill like this – it should also be of enough interest to assure that government computer and network systems, as well as those that use them, are independently audited on at least an annual basis. Failure in this regard makes this Bill moot.

3 thoughts on “Public Comment on the Trinidad and Tobago CyberCrime Bill, 2017.”