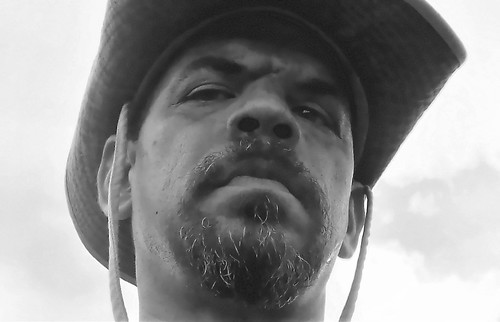 I used to be heavily involved in social media; some might think I still am when I’ve simply become more efficient and have sculpted my networks. In all, though, I rate myself a curmudgeon – a ‘a bad-tempered, difficult, cantankerous person.’

This is not to say that I am a curmudgeon, but I imagine that there are some people who send me things who now believe I am a curmudgeon. Wishing people happy birthday on social media with a click is silly. A deluge of images of politicians leaves me feeling dirty in ways a shower cannot cure, a stream of people who believe Putin masterminded everything from the Presidential Election in the U.S. to their lost sock makes me roll my eyes, watching building blocks of uninformed opinion become representative of otherwise intelligent people is the intellectual equivalent of being assaulted with gift wrapped feces.

David over at Raptitude figured out that he could have more time to do things with his experiment. Yet even as a curmudgeon, I have to point out that social media, social networks and the humans that use them are a part of our lives – we just don’t need to exist on their plane; they need to exist on ours.

What that means is we should understand that it’s typically not very important, and we should be OK with telling people not to send us crap on WhatsApp, Facebook messenging, Twitter, Instagram, and whatever crackpost (that was a typo but I like it) network that people use as echo chambers to feel good about themselves.

We shouldn’t have to think of ourselves as curmudgeons to do this.  We can control what we take in simply by telling people what we don’t want to spend our time on –  be it the stale joke networks on whatsapp to the in depth discussion on doomed men’s fashion, from the cute puppy videos to the insane amount of posts about adopting animals, etc. In my spare time, I don’t want that to be what defines me.

No, I’d rather define myself than be molded into an acceptable image of what society likes. We are society.