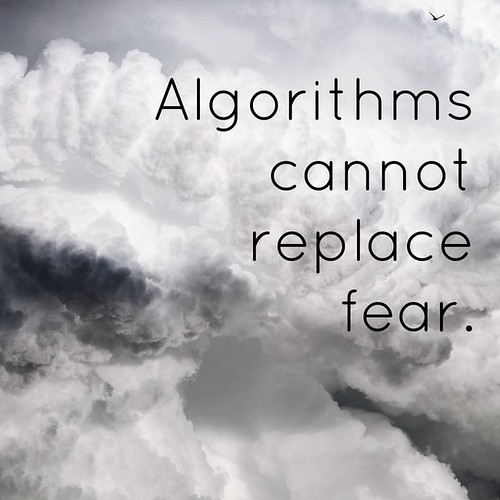 I had a recent Skype conversation with someone working at a company that I had done some contract work for. I suppose I went in knowing how it would go and for a bit of closure – it was the same old story. Contractor does work for a company, contractor does what was required faster than company expected in the hope of a more permanent position, company ends contract.

Someone messaged me on LinkedIn, looking for sage advice because of what I had written – thinking me sage when I am only greying, thinking me wise because I’m good with a keyboard. And all I could come up with this was:

It was a salt trap.

One of the good things about taking myself out of the job market is to write, unrestrained, about career-limiting topics – mainly because the career is over because I decided not to continue falling for the salt trap. I decided it was time to shift my future, so I did and I have no regrets – though the adjustments are still happening.

My experience in the Software Engineering market spans pre-Internet to last year (and whatever I fiddle with these days). I’ve only worked for one true multinational, and I’ve done work or worked for companies that have disappeared in the churning of economies. Most of the code I wrote – if I called it ‘my code’, intellectual property lawyers would cringe – is not in use. I’m almost sure of it. Contributions to projects deceased.

Sisyphus on a conveyor belt rolling against him. And the project managers and upper management keep singing,  “Keep pushing, folks.”

In this, I suspect, I am not alone – I suspect that people around my age in the industry have done their time in the Code Mines of places long forgotten. We’ve been through bad economies, through tech bubbles and their inadvertent falls. We’ve seen the rise and fall of languages and frameworks, of business practices that range from asinine to outrageously lucky – rarely solid.

So what is this all about? Oddly enough, it’s about fear. It’s the rare tech company that is built to last; most seem to be built to get money in a tech ponzi scheme – from venture capital to buyouts. The big picture is lost, leaving some really smart people writing some really good code that will not last, that isn’t intended to last, that is meant to get someone else to their own version of success.

Disgruntled? You bet, though I have taken the Path to Gruntlement. There are so many young ones in technology trying to get their street cred, fluffing their resumes – is it appropriate to fluff your own professional persona? – competing against each other like crabs in a barrel, necessarily antagonistic in a market that would do better with more collaboration. Or is it the natural antagonism of tech people? It’s hard to tell.

So my advice to those entering the market is that the market is not the few tech companies you are unlikely to work for, it’s the churning primordial ooze of failures that makes the market – and you will, at the least, have to weather that – if you’re lucky, if you’ve had a good start or get the right opportunities, know that these can be fleeting and that it’s easy to slide back into the ooze. Accept that it’s not going to happen the way you want – or the way that anyone else does, anyway.

Learn and move before they disappear.

Find recruiters that don’t suck. If you’re getting cold called at work by recruiters, block their numbers. Professionals would send you an email first.

Find managers that don’t suck. I could write a book about that. Maybe I should.

And keep pushing until you tire of it – and recognize when you are tired before your body figures it out.