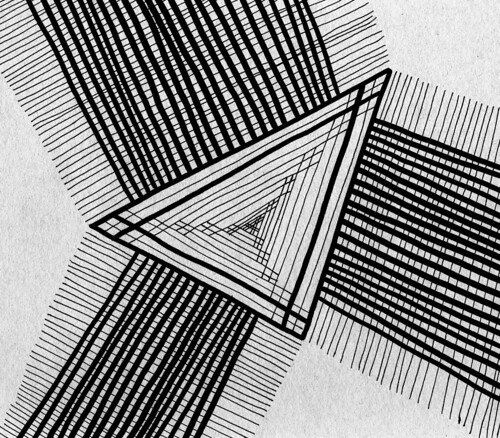 Hidden in one of his posts (Measuring your real net worth) John Hagel welcomed some thoughts:

As a round peg that fits in many square holes, I do have a few things of value I can toss out there. John later mentions writing – writing has always been an asset for me. Photography came into play later on. Speaking for myself, with my own unique set of circumstances, I have certain guidelines for my networks I have created over the years that I still adapt to.

My guidelines are largely for attenuating my network, squelching noise and finding actual signal out there. In some ways, I feel like SETI.

In an age where everyone can communicate, it’s disheartening to see how many people aren’t authentic – they are showing who they want to be; these are the people who wash their cars and don’t do maintenance or have it done on their pretty little machines.

To find someone who is authentic is difficult enough…

I’m someone who ‘lives’ at intersections, always bridging one thing to another. I look for people who are not just specialists – in a world full of specialists – but also generalists and people who have something to offer other than something regurgitated from a newsfeed.

I appreciate a thoughtful read, particularly if it opens me up to a perspective I am unfamiliar with that is communicated in a thoughtful way – not the hollow expertise that has become rampant in even the most modern methods of communication. And when communicate back, I expect a level of thoughtfulness in the replies. If the response boils down to, “because I said so” or something similar, I’ll show my way out.

This has become more and more important to me – and while it derives from ‘thoughtful’, it is a true gem to find. When people can communicate effectively across cultures, first they reach a larger audience with what they are saying. This, unfortunately, also means wrong information can spread across that cultural bridge – but oddly, I’ve found that most information I get from people who live at these intersections is pretty well thought out and open to discussion – even, sometimes, starved for it as someone gives voice to things and is heard.

First and foremost, if people get into my personal ‘space’ for no real good reason, I tend to squelch them. This is completely alien to some people and I understand that, but understanding that doesn’t mean I need to tolerate intrusions into my space (I call it my wa, or harmony). But what is this personal ‘space’?

The first time, people typically get a message from me that I’m not one for chit-chat; that I appreciate it all in one message. That usually does the trick. Usually.

The annoying ding of a message that just says, “Hi.” From this, I extrapolate that this will be a tiresome and largely unproductive communication that leads to multiple messages where one message alone would do. When I communicate, I lay it out all in one message.

And yes, I absolutely hate twitter for this. Absolutely. Twitter is good for sharing larger messages encapsulated in a link.

For a certain amount of money, to be negotiated, people can pay me to put up with the above. Never the other way around.

I probably could have networks exponentially larger than I have now had I not squelched things. Larger is not my goal. I view a network as something everyone in feeds, and something that feeds everyone.

The typical SEO/social media expert will tell you that you have to put on the Disney smile for everyone. I suppose this is important for corporations who want to appear authentic and alienate as few people as possible. I have never subscribed to this thought for myself, and only over the last decade have stopped trying to make excuses for it or apologizing for it. There is only one me, I am who I am and I am no more and no less.

This is not for everyone, of course, and if you’re paying social media experts to broaden your reach, you need to understand that your reach also has to be managed – and success in this regard can result in cataclysmic failure. Speaking for myself, I deal with the world as I can, and increasingly, as I demand. I see this as a factor of having grown up before the Internet became a ‘thing’, of having dealt with it since it’s inception and having made a living off of it, through it and around it.

One thought on “The Introverted Network”