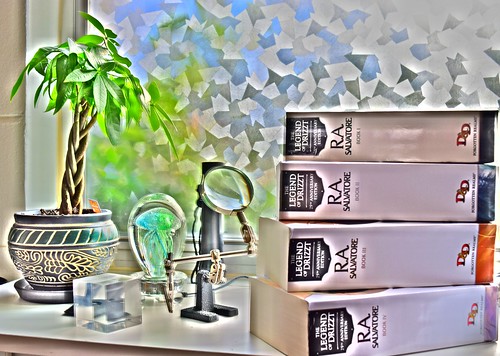 Someone asked about whether people preferred reading paper books or digital on Twitter, and I responded ‘paper’ with a brief and slightly inaccurate explanation.

So I’ll be less brief here and more accurate.

This is, of course, my experience – and my opinion.

When it comes to what I read, I rarely read novels these days – novels smaller than the ones in the picture (picture less than 500 pages) are sort of like snacks for me. Louis L’amour novels are typically done in a matter of hours.

When I read these days, it tends to be on different specialized topics – my father would complain I read only textbooks when I contributed to our library when I was in secondary school. It got worse since then.

What happens with all that reading is that I end up with references – sometimes I’ll poke back to a book and find something I’m not sure about, or look for a quote, or try to align ideas from other books. To do this, over the years, I’ve used my memory of the books themselves – shape, size, even smell, weight… I remember the books like objects.

Here I am, someone who has worked with data for decades, and I can tell you that the digital formats are also objects. They are not dynamic, like software (well, some are these days), so the way I remember things with digital revolves around how something works – not how something sits there and does nothing.

What I have found is that with digital books, I cannot reference as easily. Maybe it’s a problem I have, maybe not, but it’s simply that way for me. I can look at a bookshelf, though, and find a specific book and drill down to what I was looking for faster than I can search a digital text.

I know there are tools for digital text. I’ve tried them. I’ve used them. I’ve Grepped like a maniac. But in the end, I may not remember the exact words I’m looking for… but I can remember page numbers, the weight of the pages on either side of something I noticed. I can find what I need in the books I’ve read, no matter how old.

Maybe the indexing system of my mind is antiquated, a holdover from the times before the Internet. It is, however, what I have, and what I use.

The fun part of this article is that you can replace “Trinidad and Tobago” with just about every country I have lived in or visited and have it be understood. It’s a global issue.

It’s been a long week for me here in Trinidad and Tobago, yet along the way I met kindred spirits of all varieties.

When I went to one government office, I found that there were no numbers and that people were called as the security guard dictated. Fortunately, she dictated in a way that benefited me, but I do not know that it was fair.  I was done in record time, largely because of things I had done with the office in 2011 to turn the bureaucracy against itself in a loop, in a hope it would be fixed. It hasn’t been fixed, of course, but my prior work and explanation – and I daresay my sincerity – got me out of there in less than an hour.

The next day, I would take the form from that office to Yet Another Government Office after researching the appropriate website as to the requirements. I almost got it done that day – the office required 2 forms of ID, the website said ‘some form of ID’, and I was stalled for a day. The next day, I dutifully returned bearing two forms of ID and some other unrequired documentation to smooth things over. In less than an hour, a complicated process that stymies people for weeks was begun.

I know how those systems work and how they don’t. I have insight. And in both of those cases, I spoke with customer service representatives who were as frustrated with the process as I was and who made a crappy process work right. Whether it works out, I should know within a week.

That’s Not So Bad.

If this sounds like it was easy, it may seem that way on the surface – but it wasn’t as easy as it should be. It wasn’t as easy as it could be. Dealing with government offices, paying bills, visiting the bank – these things are unpredictable. People end up losing hours of work in government offices all over the country. The offices will argue that the people weren’t prepared, or didn’t listen, and some even treat them so. Some people are simply idiots – I found a few sitting around me here and there on their umpteenth time speaking with the same people over and over again but not actually listening.

The least stressful way of dealing with things is largely by understanding reality and dealing with it. And yet, decades of doing that here in Trinidad and Tobago have not given any improvement – I will argue that it enables it. I was heartened, though, that a new generation is entering these government offices and that they understand it – empathize – from their side of the desk as well. I thanked them for that.

We Want Things To Work.

We live in a world where, thanks to the Internet, we can see things wrong faster than they can be fixed by the snaggle-toothed gears of bureaucracy. Many systems around the world are outdated by so much that it boggles the mind. For me at times, it’s a special kind of Hell where, as someone who has designed systems, I cringe inwardly even as I keep a smile on my face. Getting angry doesn’t make things better, allowing it to stay the same doesn’t make things better… but here and there some strategic poking might work.

Not everyone can do that. Not everyone can stand up to a system and stare it down with a smile. Most of us get frustrated, angry, depressed… either we are beaten, or we rage against the machine.

To fix the mechanisms of society, we need to not only understand how things work well beyond social-media (read: armchair) discussion, but be able to push things the way that we think they should go. A smile here, a joke there, standing up for yourself yet being flexible enough to get what you need out of the system.

That’s what made it a long week.

Those two offices alone, while I spent less than 2 hours altogether at them, required driving for 2 hours. It required researching things as best I could, it required roughly a decade’s worth of sorted documentation. It required patience that the world as it is pushed onto the shoulders of a once young and passionate man who raged against the machine… until he realized what he was doing wasn’t working.

Until he realized that he needed it to work now instead of when things were done ‘right’ at some point in an unforeseeable future.

Things get better, but it takes a moderate voice to make it happen. Yelling makes you hoarse and assures no one will listen to you. Allowing it to go on unchecked makes you an enabler. To affect change, a clear and human voice needs to be heard.

If only you could explain that to those that rage against the machine… or enable it by their silence.

And still, there’s that young man in me that wants to rage ineffectively against the machine.. which is why I wrote about it for me. Maybe you’ll benefit.

When 3,000 employees send an email to Google’s CEO about not wanting to be involved with warfare projects, it shows that there are at least 3,000 people who are willing to stand up for their own personal ethics.

It also means that in this day and age, Google employees are paid enough to have the privilege to do so.

Many people are forced to compromise their own ethics to pay the bills. At least some working for one company aren’t in such a boat, who are willing to speak up to their CEO. 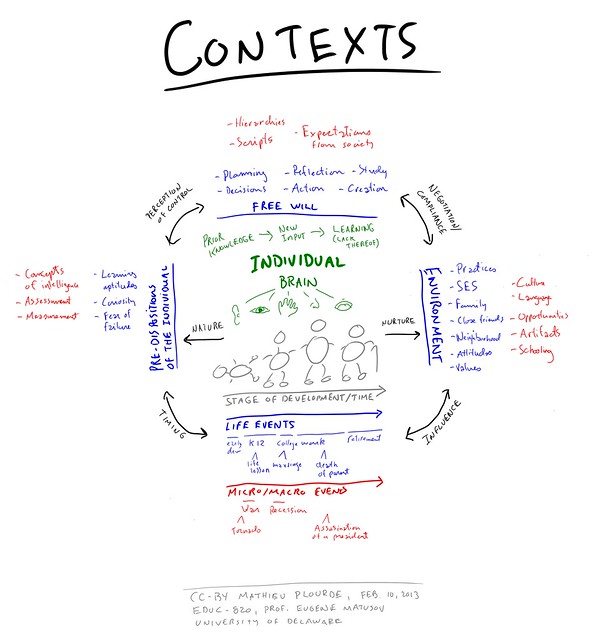 Dylan Curran recently published Are you ready? Here is all the data Facebook and Google have on you – an article which should open the eyes of anyone who uses Facebook or Google.

It’s a good article, and it shows how much data people give up freely – who doesn’t have a Gmail account or a Facebook page these days? – but it’s lacking something that most people miss, largely because they’re thinking of their own privacy or lack of it.

I requested my data from the sites – Facebook had 384 megabytes on me, and my Google Data I will get on April 7th since I opted for 50 gigabytes. All this data, though, is limited to what I have done.

It lacks the context. We are all single trees in the forest, and these companies aren’t so much in the habit of studying trees by themselves. They have the data of the forest of trees. That context, those interactions, you can’t really download. The algorithms they have derive data from what we hand over so willingly because it costs us nothing financially.

So, while they can give us our data, and some companies do, they can’t give us someone else’s data – so we only get the data on that single tree, ourselves. We learn only a small amount of what their algorithms have decided about us, and while Facebook has a way to see some of what their algorithms have decided about you, they are not compelled to tell you everything about your digital shadow. Your digital shadow has no rights, yet is used to judge you.

What’s your context? That’s the real question. It’s what they don’t show you, what they have decided about you from your habits, that they don’t truly share. That is, after all, their business.

Know that, be conscious of it… and don’t be an idiot online, no matter how smart you think you are. Everything you do is analyzed by an algorithm.