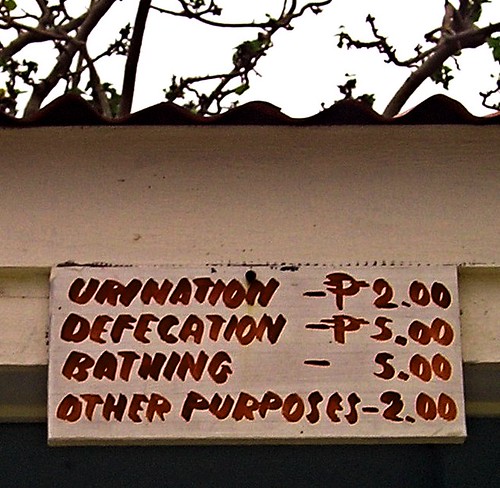 I went to pick up a few boxes of contacts at the optometrist company I presently deal with. I won’t write of the fact that they wanted me to pay more to have my prescription myself instead of being monopolized by them – a tactic abandoned in other countries.

On this particular day, it was the quarter finals of the World Cup – something I had chosen to miss because I had a friend in the hospital I wanted to see. I arrived with ample time to get that done, pick up some medications and get to the hospital for visiting hours. A young lady met me at the counter, as usual. And then, having pulled me up on the system, asked me to have a seat in the back – a seat which faced an empty desk. I sat for a while, with someone else there – a lady as I recall – and we discussed the match for a few minutes before she was called away.

I sat there, alone, for some minutes, occupying myself with the phone. Nothing was happening. I could hear people moving around, so I stood up and surveyed the situation calmly – there were three people with three customers. There were three other people who, upon seeing me watching got busy with shelving. One asked the others if someone was at lunch, which apparently was true. It was 3:30 p.m.

Now, getting contacts shouldn’t be a process like this. Everywhere else on the planet, they pull up my prescription on the computer, see if it’s in stock and if it is, I pay for them and leave. This takes less than 10 minutes on a bad day. On a good day, less than 5 minutes. That day, I had passed the 15 minute mark.

I started to leave – I had other things to do before heading to the hospital, and I would be busy the next day so I needed to get these things done that day. One of the busy people, one with a customer, left her customer apologetically and told me she would be right with me, and I explained to her firmly that getting my contacts or even ordering them is a simple process. The unspoken was that any of the three people who were playing with shelving could have gotten onto the system, see I had an up to date prescription, and then sell them to me. The argument could be that they were unqualified.

What I saw, as a customer, was people who should be able to handle a simple transaction avoiding me. My experience, with this company, is that they think I come to their office to sit down and wait for what should be a standing transaction – every time.

I went, ordered and purchased medications at the pharmacy, and went back to the optometrist where I was immediately seen by a customer service person. She was diligent to the point of aggravation, going back to physical files instead of trusting the computer system that all their customers pay for to have better convenience. I mentioned that. She wanted to be sure. I can understand that, but it added to the irritation.

But the real conversation I left with was this:

Yes, she did that. I stared at her and quietly said, “I am not in a rush, I am rushed. I had three things to do. The first was at least order the contacts, the second was to pick up medication, and the third was to see my friend in the hospital.” I looked at my watch. “And now, we’re wasting visiting hours. I’m rushed because a simple thing is taking too long. The time it took me to get medications is exactly how long it should take to get my contacts.”

Silenced, we went through the rest of it as quickly as she could. After I got rid of her preconception that me needing to get things done in a timely manner, unrushed, was about football and which, therefore, she didn’t think was important.

In essence, she didn’t think my needs were important. There are flaws in the process I have seen at this place over the months, one of which is constantly asking me to sit down for things that should be able to be done in minutes.

And I’m pretty sure that when my prescription runs out with them, I’ll be finding a new optometrist company to deal with because I vote with my feet – and wallet. Because I don’t settle for paying someone to prejudge me, my intentions, and why I need things done quickly.