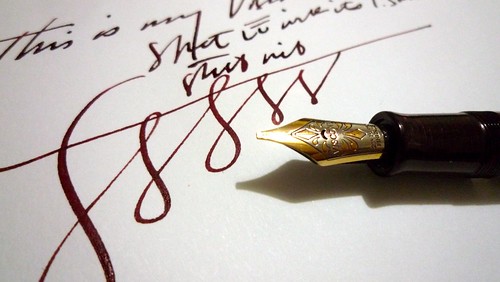 Many people write every day. Some, not at all. Writing, like everything else, takes practice.

I got a message today from a close friend:

How do you write so seemingly effortlessly? I’ve been trying to write a simple staff bio for a website for the past 8 hours and I have one sentence.

Years ago, I would have looked at this and been astonished that anyone thought that of me – that I could write ‘seemingly effortlessly’. Nowadays, I’ll take what I get. So I responded to her, told her to just write and write and write about anything – leave, then look at what you wrote. It’s called ‘free writing’…

Sadly, I don’t think my advice helped that much. Her response was that she was going to mow the lawn.

And I think anyone who has had to write an awful bio about themselves most certainly has been there. The Geneva Convention should have something to say about that.

Bios are horrible. How do you want to be seen? Who will be reading it? What will they think of me? What’s the line between pretentious and confident? And what do they mean 3 paragraphs? Or just one?

How can you possibly boil yourself down into one paragraph? Or three? I think that most autobiographies started off as bios where writers didn’t stop.

But a bio is not too hard, really. Clearly you can’t show people the entirety of you in one paragraph – there’d have to be a very unimpressive you. So stop thinking about who you want to be seen as.

Instead, ask yourself, “Who would these people want to know?”

That’s the secret. Generally, people want to feel confident about the person that they’re trusting with… something. So, if you’re writing a bio related to baking, you might want to write how long you’ve been doing it, what sort of baking you’ve done, and where you’ve done it.

That’s not too hard. Done right, that’s one sentence. You have a few more sentences to go. What else about you would they want to know? Well, people want to know that you’re passionate about something (hopefully baking).  And what else? What makes you a human being? What makes you human like the rest of us?

Don’t say, for example, that you collect frogs. I did that once and it went sideways. I had a few plagues of frog related things from people for about a decade. Maybe you like photography. Maybe you read. Maybe you write. Maybe you spend time with your kids, or your nephews and nieces, or maybe you like to simply sit down and read a book.

So, here’s your bio so far:

[Insert name here] has been with the company for [?] years, and has been baking for [?] years. She spends her time reading Baking Technology websites and playing with her dog, Mr. Cupcake, who also requires gluten free pastries.

There. You have a basic bio. You could add some edge to it, depending on the company or organization, but edgy cuts both ways.

It’s not hard to flesh that out from there if they want a longer bio. Play with those two parts, stretch them, and then see what is worth keeping.

And don’t be too hard on yourself. That someone wants you to write a bio typically means that they think you should have one – so do your best.