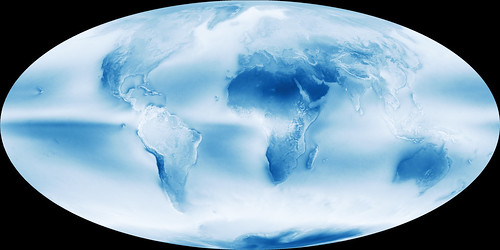 I wrote ‘Local Context In All Context In A Networked World‘ a few weeks before I wrote ‘Writers Without Borders‘.

That there’s a common theme is not a mistake. On a planet where we now can know almost instantaneously know what is happening on other parts of the planet, we as a whole aren’t really that good at communicating across the very same planet. Beyond the obvious, where lack of internet connection is a problem, we face other human challenges.

Language remains a barrier. There have been strides in automatic translation, but it’s still far from perfect and may always be. Our language evolves, enough such that ‘figuratively’ and ‘literally’ mean the same in our newest dictionaries – both figuratively and literally. Colloquialisms defy translation because they are so easily misinterpreted in other parts of the world.

Babel. It’s all meaningless babel. And in a world that makes more and more use of Natural Language Processing, such that large amounts of information are analyzed and presented to a human without human interaction, there could be a human at the other end of that software wondering why people in Trinidad and Tobago eat claws.

Then we get into different acronyms – there are so many acronyms around the world.

‘Think Global, Act Local‘ doesn’t make as much sense on a planet where we actually do act globally by sharing information.

We need to think global and act global – and still act local.

This is a hard thing to think about. It’s alien. Our societies evolved as much through distance from other societies as other things – in fact, the distance was a large part of helping define a society. Immigration departments have taken over that job, and while they do serve a purpose, I have yet to hear someone happy about immigration. In fact, if they were happy, immigration would probably detain them.

But what does that mean for writing in particular? Honestly, not as much as one would think if writers adhere to some good practice developed over the course of the 10,000 year history of writing. Things like, when using a potentially unknown acronym, expanding it the first time. With technology that is now a few decades old, we can link to a reference.

We can give appropriate context. We can tag our content, and for the sake of the space-time continuum, we should have dates and times instead of simply, “yesterday” or “Tomorrow” or… These have been standard communication guidelines for centuries, if not millennia.

This is not hard.