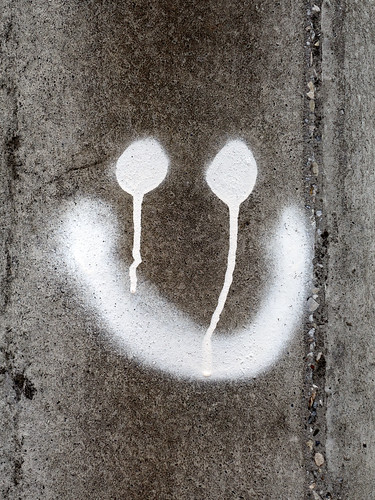 I was connecting with someone who ran into me while I was having some naan and other things in Maraval, Trinidad, after the fact – through Facebook messenger.

And emojis came up. I use them quite a bit in quick communications, and it’s because people who don’t know me can’t always judge my mood by what I write. The same holds true for anyone, really. They serve an important use.

It’s because body language, in person, is such an important part of communication. In general, I prefer communicating with people in person because of this. Things are more clear. Personable.

But I have spent half of my life without an Internet. There’s generations that have been born since. Emojis are their a big part of their ‘body language’ now, in this new sort of intimacy – a digital intimacy. 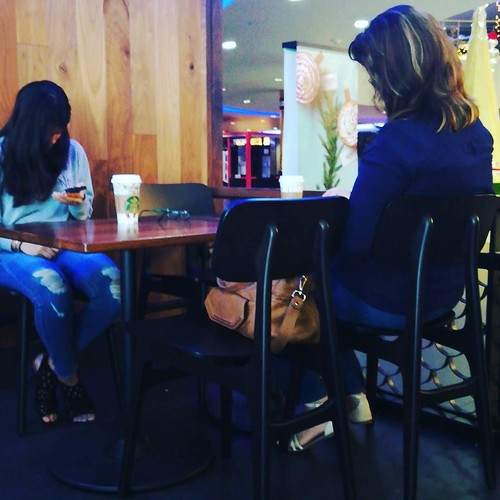 Not too long ago, I watched a mother and daughter sitting at a coffee shop in a mall. I took a picture of them.

That’s how they looked the entire time. I find myself doing this at times with people close to me as well – that mutual searching for something somewhere else.

The world has changed. There are some who say for the better, some say for the worse. It doesn’t matter as much as the fact that it has changed and that I have witnessed it. That I am witnessing it.

I’m not talking about the early adopters. I’m talking about how mothers and daughters used to talk to each other and make eye contact instead of sipping coffee at a coffee shop and staring at their phones. I don’t know the quality of their relationships. I can’t judge. 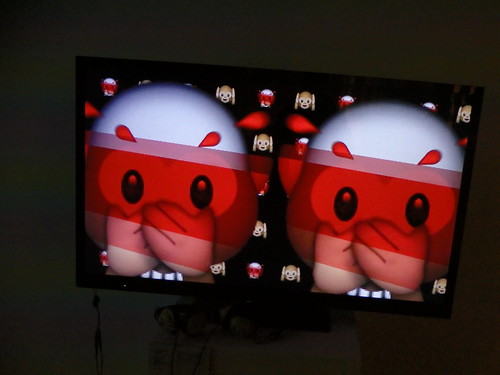 But this all has created voids of understanding. Yesterday, a young man I know asked on Facebook about why people would tell him that if he had an anime profile picture his opinion didn’t matter. I explained to him that people saw an anime picture and saw someone who preferred to be identified as something that they aren’t as opposed to someone they are.

I don’t care too much about anime pictures. I take issues with people on social networks that don’t have pictures of themselves. That’s really the whole point, particularly with people like myself who are great with faces and bad with names. If I could draw beyond stick figures, I could probably use facial recognition to find that person I was thinking of.

That’s where it gets interesting. It is a bit of a problem here and there:

…Yet, for all the convenience that the shorthand of emoticons provide, they can also land users in hot water. After all, the meaning that one person associates with an emoticon can be lost on – even completely different to – the reader’s understanding of it. The ambiguity of emoticons can lead to undesirable misunderstandings, particularly when two parties are not familiar with one another – for example, when cross-cultural work emails are interpreted differently. 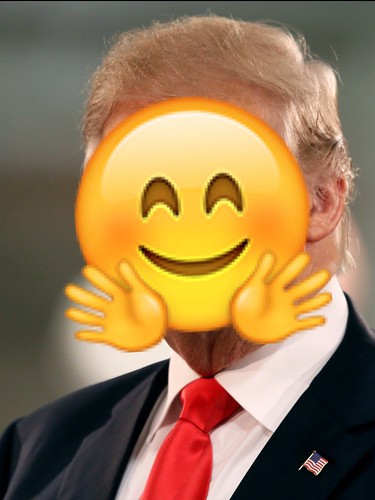 I’ve seen it. I’ve reacted to it. I’ve done it. It’s this fumbling through with fingers that can make any sort of communication awkward.

This must be very confusing for these newer generations. Everything they see is posed online, from duck-lipped selfies and photobombed pictures of great landscapes to streams of video.

And that’s all they see.

I imagine a genuine smile might be confusing to someone raised on that.

I’m sure this was all a revolution of sorts. I’m not sold on it being an evolution.

My generation started it. Enjoy, and I’m sorry.