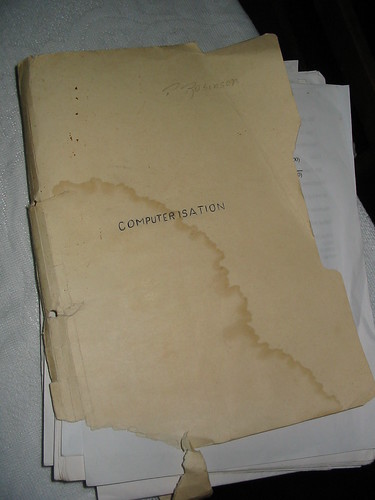 Everywhere I go these days in Trinidad and Tobago, it seems someone wants to photocopy two forms of my identification.

You want to see two forms of identification – fair enough. You don’t trust the people who are seeing them, so you have them photocopied – now, you clearly don’t trust these people, but you ask the individual to trust them with access to the same photocopies.

There seems to be a special part of the Amazon Forest dedicated to this need for everyone to have photocopies of everyone else’s identification here in Trinidad and Tobago.

I’d even say that they should be made illegal.

Please photocopy this post and hand it to people who are photocopying your identification. 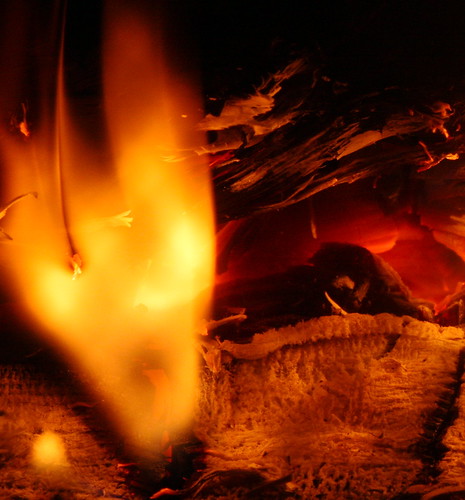 As I mentioned before, I recently took a level 1 mediation course and in doing that, I began looking at many things through a new lens. It’s a process, and since it’s my life, much of what I’ve looked at relates to technology.

Looking through such a lens, though, reveals a mess.

When we think of technology these days, we tend to think of the Internet related technologies, technologies that through our lifetime have run through our lives like fire – seemingly unstoppable, without an ability to individually control them and how they impact our lives. This is because fire, like the wheel and other technologies like them, are based on natural laws. There is no control over natural laws, there is only an understanding of them and use of that understanding.

For a successful technology, reality must take precedence over public relations, for Nature cannot be fooled.
– Richard P. Feynman, Appendix F of the Rogers Commission Report (on the Challenger disaster).

With Internet technologies, though, it’s not so much about nature because, while the platform is derived from natural laws, what is used on them is defined by human minds. By code, and what that code works on: our content.

Why does code work the way it does? It’s typically consensus of the group involved with writing it, which varies. The Open Source and Free Software communities have a meritocracy structure, and proprietary approaches tend to a more corporate structure. The ‘object oriented’ approach means code gets re-used, which means that it becomes something plugged into applications it may not originally be designed for – and because it works for the criteria of the project.

Just because something works for the criteria of a project, though, doesn’t mean it’s the best fit – something I’ve seen all too many times. And the criteria of the project are almost never complete; when you set code out in the wild of the world subject to users, their interactions can take projects down paths one never expected.

In this way, code and fire are similar. Software Engineers and companies like to think that they have everything thought out, but we typically miss something as we chase a deadline or the deadline chases us. And this is where that similarity with fire disappears: the code evolves, or the project dies.

The end users, the consumers, the majority of people, really don’t have too much of a say in any of this. There is one methodology that forces consumer interaction more than others (DevOps), but it’s only for more finite projects and even then is a negotiation with an opportunity of mediation that I have never seen or heard of happening.

“You get what we write.” – every software company, ever, til they get sold or closed.

The Internet evolved and continues to evolve because of the complexity of the platform allows it to. While we tend to think we have control over this, it has encircled smaller communities without it, raging like a wildfire. A lot of that has to do with content.

When it comes to content there’s no true mediation, either – my last entry on journalism and social media points to people deciding to mediate – to actively listen, to actively summarize, and to be neutral. Of course, that’s all silly because humans aren’t very good at that. As a society, we’re happier with 30 minutes of silly people screaming at each other over non-issues than we are with a 2 hour documentary on why silly people scream at each other. It boggles the rational mind, but there it is. Our technology has outstripped us in this regard.

A controversial blog post with a catchy title will be shared across social media even if it’s completely wrong. Statistically, the people who share actual scientific research is pretty slim – but the people who share opinions on such things is devastatingly large. There is a happiness people find in this conflict that baffles the calm mind.

So, all this content is out there – generating money, having political importance, allegedly influencing elections (another thing to have an opinion on) – and that drives the underlying technology, both hardware and software.

Hardware, for the most part, simply makes things possible and makes things faster. Software gets more and more bloated as software manufacturers make it easier to write code within their own frameworks – nothing beyond the box is encouraged. Thinking inside the box is where the majority of developers now live, depending on a framework to make a living.

And the question arises whether there should be.