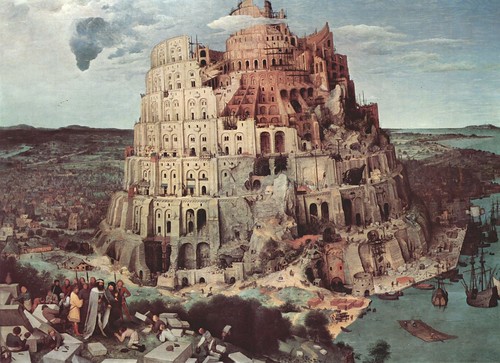 It seems strange to me when people write about, ‘On Facebook’, or, ‘On Twitter’… or, ‘On Social Media’. I think it lends itself to the thought that people are above it. As if they have no responsibility for their actions and reactions, as well as what those reactions and actions cause.

In the same way, I’m not sure that ‘in’ social media is much better, because that lends itself to a thought of powerlessness – surrounded by.

Which is why I write, ‘using social media’, or, ‘using Facebook’, or… using whatever. These are tools, and unless Thoreau was correct about men becoming the tools of their tools…

So it may be semantic, but it might be powerfully so. 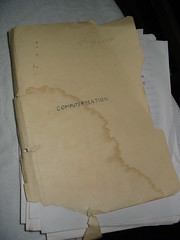 It drives me a bit nuts when I have to deal with some things in Trinidad and Tobago. When I signed up for electronic billing for Water (WASA) and for Electricity (T&TEC), not to mention Internet (Amplia), I foolishly expected a process that was not reliant on paper.

How foolish of me. I have to print these bills and take them somewhere to pay them, which isn’t really an electronic transaction at all – it just saves these companies money so that they don’t have to bill me for sending me a paper bill, and also, it allows me independence from the local post (TTPost) from sending me my bills late.

To add insult to injury, the bills don’t just print on one page – they require… 2 pages. Why? Because it’s the same bill that they used to mail to me… and experimentation has shown that, no, I can’t just go with one page. I require both pages to pay the bill.

I’m sure that there are educated people hiding behind this somewhere, but it does their education a disservice to come up with systems that are hardly intelligent. It’s reminiscent of the United States in the 1990s, when some people would not let their fax machines out of their clenched fists. 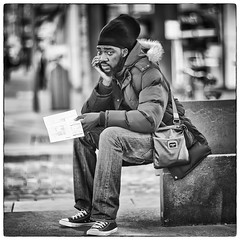 This goes beyond bill payment – which, of course, is cursed by lack of online payment options for the masses, causing people to lose hours of productivity so that they can stand in a line to create a paper trail. Nevermind the photocopies of identification that still go on.

On a trip to the bank today to deal with paying some maintenance fees, I half-joked to the teller that trips to the bank were like visiting another country. Stamp! Stamp!

Papers, please. Reason for transaction? What’s your dog’s mother’s maiden name? How long was your stay?

Last week, a woman stood before me, not long ago, modem in hand – trying to return it to bMobile – her 5th attempt, which she had documented well with her phone and envelopes full of paper. Why so much trouble? Did you need to ask?

It should be as simple as returning the modem, which they then check the serial number of – it then becomes clear that you’re no longer using it, or should, and be pretty much the disconnection of your account unless you have another modem you purchased yourself and they are already aware of it. But this is not the process.

All of these are symptomatic of people simply adding technology to a paper process – par for the course of a bureaucracy educated beyond it’s intelligence level.

One day, it may aspire to achieve to mediocrity. We’re waiting. 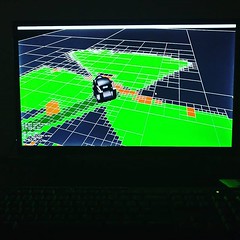