I took some time off – got out of the new home, got away from the old problems and the old thoughts. There were times that I took some time for myself, and those who know me well will say that it’s actually rare for me to not be alone somewhere, but it’s not quite the same.

There’s a need to be elsewhere, physically, in a completely different environment. Over the decades, I count two vacations where I was able to do that, and this was the second one.

That should strike people as peculiar – I mean, software engineers used to make decent money, a few still do, but over the years it hasn’t always been a matter of having the money as much as the time. It’s also a matter in the United States that has people writing articles, such as , “Why America has Become The No Vacation Nation“.

There have been life changes for me recently with work and living that have allowed me some time to reflect on ways forward – something I worked hard and long for. I did, disappearing and unplugging for the most part away from almost everyone. For 10 days was ‘offline’. This gave me time to think about things, something that I’ll write more about on RealityFragments.com.

The point here is that I had no idea how necessary it was until I was away and elsewhere, apart more than usual, and able to process a lot of things that I had not been able to before.

Over the course of our lives, and the smaller subset of our lives that we call careers, we start on many different paths and sometimes stay on them even when they are no longer necessary. We might do things in certain ways because of old plans, or old circumstances – abandoned, or gone. And while we are doing those things, we completely miss the things that might be hitting us over the heads in our desperate clawing toward a future that a younger version of ourselves once wanted, once needed…

The pressures of life, through our circumstance or even those we create for ourselves, have the capacity to overwhelm us and work against us.

A few days won’t do. Long weekends are meaningless. Over-scheduled insanity is just work in a different guise, that’s not a vacation. 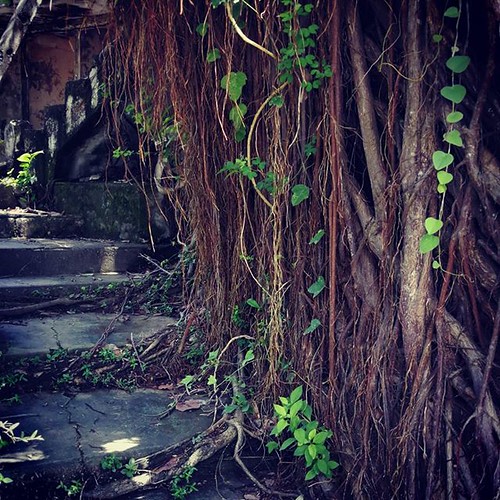 We all need time and space for a real reflection, and if someone asked me what I regret in my life, it would be that I have been poor about giving myself that time.

Time where I could take my time and plan the picture above. Time to tie a string to a waterproof camera and just throw it in the ocean off a dock for an entire morning. Time to walk around and be surprised by what drops in your lap.

‘Popularity: Does it matter? Research says it does‘ is a dangerous and, to a degree, an irresponsible article by Time magazine – little more than an advertorial by Mitch Prinstein, who is of course selling his book.

Good for him, I suppose. After all, it supports what many people believe, so it fits the criteria of confirmation bias. Being popular is important. But being popular for what?

Everything in the image above was popular – which is a bit unfair since those are instantiations of technology while we are discussing human interaction, but since popularity is a human thing, it demonstrates that being popular works as long as something more popular doesn’t go along. That’s a major factor in human interactions that may well be in the author’s book, but it certainly doesn’t bleed through the article.

All I see bleeding out of that article is confirmation bias.

And what does it mean to be popular, anyway? You can be popular with your peers and unpopular with management, and vice versa. Being popular with both is a balancing act that few can attain. Factor in the culture of wherever you work, being popular doesn’t mean anything at all if you’re popular in a culture that isn’t producing things of value.

And that gets down to a culture of value, and what that actually means. So, certainly, being popular is good for you and it may even be good for a company you work for. Certainly, being nice to other people is a major factor in office politics – did we really need a research study and a book to say that?

Unfortunately, yes. I’ve personally been in many environments where people were popular with management, had management’s ear – even drinking with management to continue their course, and bypassing peer review in the office. Who you’re popular with determines only how what you do is received; it does not determine the value of your work. Your peers, in a strong value culture, will not think you popular at all if the your work is of low value.

If you fail to understand that simply not being a jerk is a good thing and you need a book to tell you that, you should probably buy a book. Empathy is pretty straightforward for most people.

And, ultimately, if you are producing things of value and you’re not popular because of it – it’s not you. It’s them. Move on.