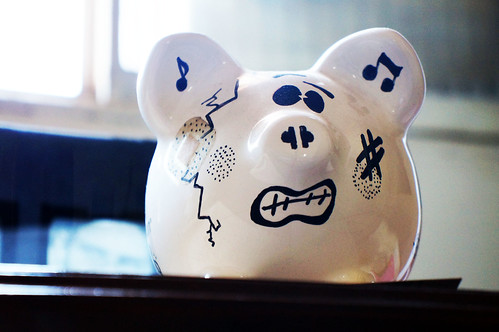 Yesterday, at least one person in the media (Judy Kanhai) started circulating the raw press release from the present Minister of Finance in Trinidad and Tobago. You can click it and it will open in a new tab so you can read it more clearly.

Personal Context and a Sincere Disclaimer

I found this particularly interesting in my own context since, even as I write this, I am trying to send money to my sister to help cover my mother’s funeral expenses. Because of the bank (whose name remains something I will not discuss … yet?…) bureaucracy as related to foreign exchange, will require me to send only half of the expenses I am paying per day under two separate wires – which, of course, works for the banks. They get to charge me for two wire transfers and two fees for purchasing foreign exchange. I had tried to charge up my own Visa Travel Money (VTM) card for handling it, but my sister decided to nip it in the bud – and meanwhile, I can only charge $100 US/day on the VTM.

So I’m quite literally being punished financially for assisting with funeral expenses for my mother. They aren’t even really that much given how much funerals cost, but the present systems allow me to be nickeled and dimed by banks for something that – let’s face it – isn’t me shopping on Amazon.com to get things I might simply want.

Clearly I have a reason to be unhappy. Clearly I have a reason to be angry. I am just one person, of course, but there are other stories at banks throughout Trinidad and Tobago about people dealing with their own issues with foreign exchange – illnesses, deaths, what have you. We have to be nice in the bank; we need them to deal with foreign exchange because to do it without them is deemed illegal.

Criminals of desperation, be warned. Right?

It comes down to the global economy, the Internet, and the inability of local banks to get their acts together to make accepting foreign exchange easier on websites for small businesses.

Pushing aside my own personal feelings I encountered today at the bank, let’s really look at the data that was given by the Honourable Minister. Credit card payments, which would include VTMs, come to $1.2 Billion of $5.2 Billion in U.S. dollars of foreign exchange, and that comes to 23% of the foreign exchange.

So, given this data that we acknowledge is rounded, we know that 77% of foreign exchange was not credit card related. For those slow with math, that’s $4 billion US.

And yet, none of that really tells us anything.

We know, at least anecdotally, that some foreign exchange is used for:

So, what percentage of the 5.2 billion was business related? That might be hard to discern, since because of the bureaucracy at least some businesses are using credit cards to get their foreign inventory, and they are being throttled by new limits of charging their VTMs up. What percentage was personal?

Where’s that data? We actually have been given pretty useless data for anything deductive, and it makes me wonder if that data even exists. For a nation whose national ICT plan includes ‘open data’, where we hear talk about transparency, we are really not getting worthwhile data and we have to question if it exists. If it doesn’t exist, how are decisions actually being made?

This, in a country that doesn’t manufacture as much in the way of consumer goods as much as it imports – anecdotal, of course – it seems at least to me that most businesses in Trinidad and Tobago are simply resellers of imported goods. Food is a case that is arguable and remains arguable because of a lack of worthwhile data (there it is again), but other than that, just about everything is imported.

Cars. Tires. Sugar – revel in that a moment. We buy imported brand name oil for our vehicles when we export oil. We import… everything. We make… well, I don’t want to disrespect anyone who is actually making anything, but I’m pretty sure that they themselves are importing materials.

With an economy without jobs – and let’s forget the de facto welfare state government jobs that only exist to keep people from not having jobs – people become purveyors of goods and services to make ends meet, or they get into crime.

I’d wager that the largest employer in Trinidad and Tobago is the government if you roll up all the ancillary corporations and State owned enterprises.

And where is the investment in manufacturing locally? The Ministry of Agriculture subsidizes farmers, but I’ve seen people with farmer’s badges on land that they do not own or have receipts for. People are collecting money from the government for that and… are they giving anything back to the government in the way of taxes? We don’t talk about that. We should.

But instead, we have people doing what they must inside a nation that hasn’t figured out that it probably could have used a Ministry of Technology (where did that go and why?). We have banks showing profits yet increasing fees on their own customers. A proper Ministry of Technology might streamline all the disparate technology and protocol incompatibilities between Ministries while perhaps even refining processes in other Ministries to be more efficient and therefore less corruptible.

And if you want to get paid late, the best group to be owed by is the government. I know personally; NIDCO owes myself and others money over the Pt. Fortin highway project and yet somehow NIDCO has money to clear a forest reserve in Aripo, allegedly illegally.

Yet credit card usage is somehow the issue of the day, with incomplete data, with a lack of understanding of the global economy and the slippery slope of not adapting technology quickly and appropriately enough to bring in foreign exchange from companies rather than bleed it out for things we could probably do ourselves.

We know we have goods that would sell overseas – a small business could set up shop and sell our pepper sauce, as an example. Or dried fruits. But instead, the idea of centralized businesses persists, maybe because that’s where campaign finance comes from, when the global economy proves over and over again that the network has more power than the old centralized systems. And so, the old guard tries to cut that off – to assure that they retain their financial power and thus political power over a populace doomed to purchase ugly neon plastic things.

So we talk about credit cards without any actual data of worth in the conversation in Parliament and hope for the best, apparently.