Before the Internet, I remember when Hypertext was first covered in Byte Magazine back in the 1980s. I thought that hypertext would be awesome since it could link to relative terms, as Wikipedia does now, and a teenage version of me was floored by the potential.

It didn’t go quite the way I thought it would.

The Internet came around, and we now had this ability to link to pages of seemingly infinite length. Anyone who has seriously researched the Internet on just about anything found themselves getting easily sidetracked by some interesting tidbit elsewhere, which was a real tyranny before tabbed browsing.

Forward, back, it also links here, click a different link, back… Tabbed browsing saved us from that only to give us a plethora of tabs that we leave open, some forgotten, and sometimes one of them will suddenly start making noise and we have to track down which it was…. but now we can mute tabs, so that’s not so bad if we’re organized.

Enter the electronic book. What I had hoped for was being able to have my own little library where I could scribble notes here and there, sort of like a Wiki but with my books in it. It’s a grand idea, I think, and one I have taken stabs at more than once when I had this thing we call ‘spare time’. It never quite worked out. Truth be told, I’d have rather been reading and cross-pollinating ideas in my head.

In 2007, I was one of the early adopters of the Amazon Kindle – that first generation. I’d end up giving that one to my mother when I upgraded, and she seemed to like it, but I noted that she did what I did – she still accumulated physical books much to my chagrin. When she moved around during that period, I was the beast of burden who often asked her why she didn’t collect lighter things. This is beasts of burden should not be sentient.

I upgraded again, and again… I presently have 3 kindles, and they have all been nice to read one book at a time, but I’m not a one book at a time sort of person. I flit between books and scribbled notes, as well as the Internet and even emailing authors and experts (which is really, really cool when they respond – thank you!). I’m looking for ways to understand the world, as we all are, and the more it doesn’t make sense, the more I research. It’s a Sisyphean task.

Then books started getting removed off of electronic devices without warning or recourse, and it ends up when you buy a book from a store like Amazon for your reader, you don’t have as much control as a physical book. Besides being unable to scribble archaic thoughts in the margins and even pointing to other things in other books… you don’t actually own the book. You have this ‘license’, of sorts, that doesn’t really permit you to lend your friend a book, or for a friend to lend you a book.

You can’t gift a book to someone that you’ve already read, which admittedly isn’t the way perceive gifts. You can’t wander through an old store filled with used electronic books and pick up some eccentric titles from yesteryear, aside from what good projects like Project Gutenberg do.

Organically, unconsciously, I once again became a closet physical book user, with little sticky notes and the omnipresent pen at the ready.

And as I write this, I have a stack of books ordered to be picked up hopefully this week.

Why is it this way? Because people are more interested in selling books than sharing knowledge? I don’t know. I do know that in the age of electronics, I’m reading on paper still and I find it better for my needs. 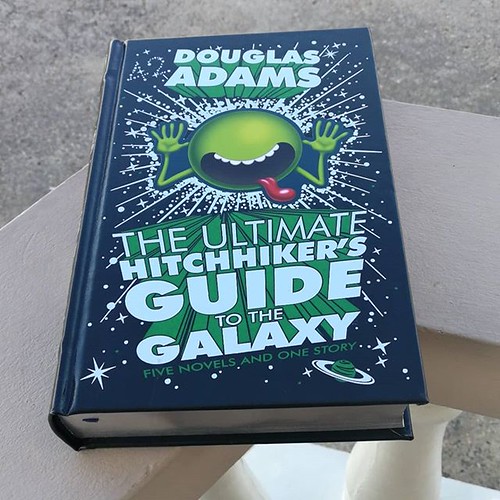