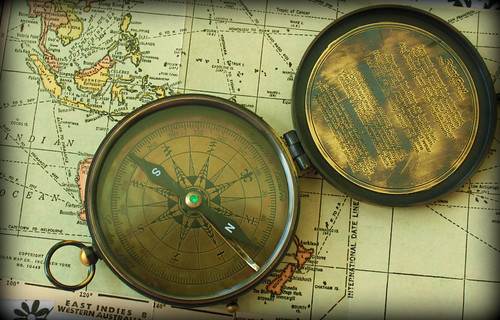 People ask me career advice now and then. Generally, people who do so can’t follow the beaten path.

There’s plenty of career advice out there for the beaten paths. The basic recipe is simple:

I’ve met a few people who this has worked for – which means going in debt with student loans sometimes, or having a tether to parents paying for things, or what have you.

The last part, ‘Profit’, is delayed until after people are repaid – bad news, parents are never repaid. In the context of the United States, which is hardly a data model for the rest of the world (but my experience), we have the rising cost of not continuing one’s education versus the toll of student debt.  The fact that studies are largely done by people who followed the beaten path further confuses the issue at times.

How often do you hear a college say you don’t need to go to college? Of course they wouldn’t say that – and one could say that the student loan issue in the United States is akin to tossing out mortgages to people who can’t afford to pay the mortgages. It’s all very muddy water, and where once I had an opinion I just see a sea of biased data and biased opinions and have none myself.

My life, my work history, my education – they don’t fit the accepted model of education, ???, profit. I grew up working through secondary school in a printery, in a electrical motor rewinding workshop, and whatever odd jobs came my way. Despite this, and I would later learn because of a former Irish brother who had married a nun, I did not get expelled and managed to graduate – well.

My parents didn’t put me through college, and the debt I did incur toward not finishing college in the late 80s is something I paid off about 22 years later. The interest was bad, but I managed to settle with the Department of Education for pennies on the dollar. Incidentally, despite being what one might term a minority, I wasn’t African or Hispanic enough to gobble up any grants specifically for those minorities. Equal opportunity ain’t so equal.

My time in the Navy was so busy that I never seemed to have time for college classes or college credits. It’s hard to study full time in NNPS and work on college credits at the same time, or work in emergency medicine and pop off whenever you needed to; when people’s lives are at stake you don’t have that luxury. And getting yourself together after being discharged while attempting to support an ill parent just didn’t leave much room for college, or debt – or paying a debt which I still owed, and thus couldn’t continue college. A nasty trap, that, even with the military deferment.

And so I found myself back behind a computer again through some luck, working at Honeywell and proving my worth. It was a cool job, and I had convinced my manager to give me a book allowance where I read the most bleeding edge stuff I could find back then. It was awesome, if only for a while. Others, like Dr. VcG, tried to help round me out and did so a bit, but really, I was focused on just…. learning.d,

I was told that they would pay for my classes to finish a degree so that they could promote me, which I then began – oceanography – and I was to find out that they wouldn’t pay for classes toward that end. No, they wanted me to get a degree in something they were already paying me to do. Why on Earth would I need a validation for them to be promoted when I was already validating it every day at work?

There was only so much I could learn there, and changes to the company started taking the ‘play’ out of it all.

I moved from this company to that, building up references, building up experience, but most importantly to me, knowledge. My knowledge wasn’t validated by some group of academics, it came from the Real World. As time progressed, the economy went down as my age went up, and I found myself working for money instead of knowledge. It was not fun anymore, and I moved on… to where I am now, with a few interesting stops on the way.

The beauty of software engineering when I started out is that once you could get a computer to do what someone else wanted to do, you got to learn about what they wanted to do. I got to learn about business, banking, avionics, emergency communications, data analysis, science, robotics, and so much more – and I have this knowledge, hard won, without following the beaten path and getting a bunch of letters behind my name.

It’s where all that knowledge intersects that the cool and fun stuff happens. The beaten path could not have given me that.

Frankly, in my experience, the beaten path is pretty slow – which some say is a reflection of my ability. I don’t know that is true. What I do know is that the real world, paying bills and keeping abreast of responsibilities required me to learn faster than I could get a formal education, and I did. Simply put, I had to. I loved most of it, I hated parts of it.

When it comes to the beaten path that I did not take, I point at it. It works for a lot of people, though the ‘works’ does seem increasingly dubious to me as far as a return on investment. Go study something if you have the opportunity or if you can create the opportunity. Get your education validated, but don’t stop learning.

You see, what I can tell you with a degree of certainty is that the world is as bad as it is because of those who rest on their laurels after getting a certificate or a degree. I can also tell you with certainty that the world is as good as it is because of the people who keep learning and applying that knowledge toward good ends.

We don’t need people who are ‘educated’. We have enough of those clogging up the system. We need more of those that are constantly learning, certificate or degree or not – those are the ones who create true progress. Speaking for myself, I pace myself to 2 books a week or more on topics that range widely.

Learn how to negotiate. Get as much as you can even though you don’t need it – a problem I had – because you don’t know when you will need it.

And avoid working for idiots if you can. You won’t be able to, and sometimes it’s not obvious until later on, but ditch them as soon as you can.