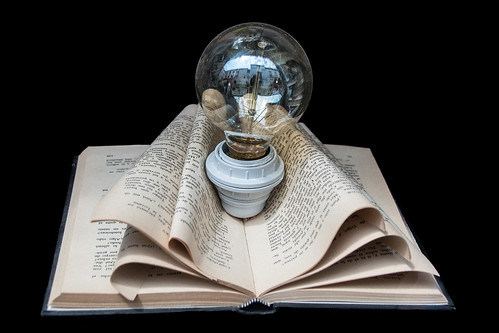 We’ve all encountered it. We post an article on some social network and someone comments without reading the article, or not reading it properly.

As someone who writes, I went through the stages of grief about it. I can apathetically report that I don’t care as much as I used to about it. Many people tend to skim headlines, sharing them without thought, and then blaming the Russians or whoever the headline targets for everything.

As someone who reads, I’m confounded by it. When I read that skim reading is the new reading, some of it began to make sense:

…As work in neurosciences indicates, the acquisition of literacy necessitated a new circuit in our species’ brain more than 6,000 years ago. That circuit evolved from a very simple mechanism for decoding basic information, like the number of goats in one’s herd, to the present, highly elaborated reading brain. My research depicts how the present reading brain enables the development of some of our most important intellectual and affective processes: internalized knowledge, analogical reasoning, and inference; perspective-taking and empathy; critical analysis and the generation of insight. Research surfacing in many parts of the world now cautions that each of these essential “deep reading” processes may be under threat as we move into digital-based modes of reading… — Maryanne Wolf

The bad news is that anyone who read that didn’t skim it, and therefore doesn’t need to understand it on a personal level. The good news is that there are people thinking about it.

But there are other things, things that also need to be addressed. Some people don’t even skim articles, they skim headlines – and in a rush, for whatever reason, they share it. Before you know it, things with no actual truth to them, or just enough to be shared, inundate the entire web.

Issues, too, of framing with technology come into context.

And what it really boils down to is that, aside from how much we might like to think people who are demonstrably susceptible to all of this are ignorant, as a society we generate a lot of things to read. Publishers understand the need for sticky headlines and ‘cover art’, and are good at it.

People don’t have enough time to deep read things, and they don’t want to be left out of an accelerating world – but are proud of themselves when they can type out the 4 letters, ‘TLDR’.

People who figured all of this out long ago have capitalized on it. Fake News, coupled with Big Data analysis of what people are interested in, allows some impressive amount of sharing of information that should probably be tossed in a pyre of literacy.

So, what to do as a writer? Well, the answer to that is simple: Keep writing.

And, as a global citizen on the Internet? Deep read. Don’t skim. Encourage others to do it.

There is an incessant debate over truth right now, the same as there ever is, branded this time as ‘fake news’.

It has everyone mistrusting everyone, everything – everyone but the least ethically or cognitively competent, willful or not. It’s the elephant on the chest of social media companies, traditional media companies fighting for business relevancy in a networked world, and we, the factually impaired.

In all of this, we focus on the lack of truth. Yet, where we find truth we find precision, and where we find precision, we find error. When we talk about fake news, we’re really talking about the innocuous stories fed to the media – social and traditional – that spread not because they’re good, but because they’re catchy. ‘Sticky’, as marketers would say.

Truth itself is a fickle thing. We seek objectivity in our subjective experiences of life, and only when we master these subjectivities do we diminish error and improve the precision. Again, where we experience precision, we experience error – they cannot exist without each other.

All of this used to be more manageable when we had fewer versions of the truth. The Internet came along and gave us the metaphorical 10,000 monkeys typing out their own versions of Shakespeare all over the Internet. Most monkeys simply regurgitate the same stuff they read somewhere else, hoping to make their audience click around their site to get a little bit more advertising revenue. When you drill down, there are actually very few monkeys that come up with the best versions and they’re not the same all the time.

But the monkeys that come up with the most popular versions aren’t necessarily the best – and the best versions are not always popular. Network powered societies amplify this and we’re network powered, so much so we cannot truly conceive versions of truth as easily. Facts have become croutons on a low carb salad – almost extinct, if not extinct.

And it all happens faster. Where we might have gotten news once a day with the printing press, twice a day with the television, thrice with the radio, we have versions of truth on tap 24/7, where the first to cover something gets the prized advertising revenue no matter how uninformative and perhaps wrong the coverage is.

Because we simplify. It’s human nature. We ’round off’. We estimate. We guess. We find comfort in opinions and op-eds that get more clicks with less facts. And those that want to insert stories to spread can get their research done through aggregate data mined from social networks and your local grocery store.

And we find that the opposite is also true.

Rethink where you get your content. Re-assess your connections in what they share, reassess what you read and if none of it makes you uncomfortable, you’re not reading facts but your own fiction, cherry picked from the 10,000 monkeys including the ones who take joy in feeding nonsense to the masses.

Go find Shakespeare. Don’t trust the monkeys. An if you’re one of the monkeys, my word, at least try to get something in with the filler.