Yesterday I had the misfortune of attempting to have a conversation with someone who was certain that there was no problem with competition without net neutrality.

Instead, I explored their perspective. The only thing I could come up with is that when some people speak of competition, they think of competition between Internet Service Providers  (ISPs). They do not think of the ISPs themselves competing with services that are simply accessed through their network.

It’s mind-boggling to me that people don’t understand that issue of disruption within the Internet.

It also boggles me that such people are in regulatory frameworks, and these are people who define discussions had about such neutrality. It’s no wonder that assuring equity between companies providing services on the internet and ISPs is such a moot point at this time.

And therefore, we can’t get beyond network neutrality to the real crux of things. 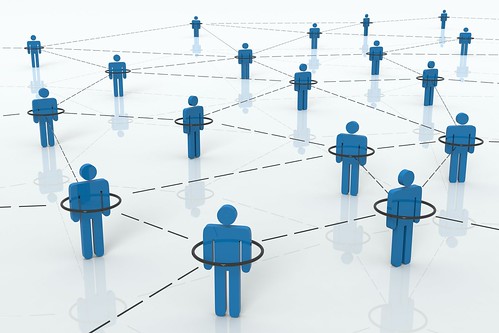 I was sitting by myself eating lunch, with only my Kindle as company, when I heard from a voice from another table say that they didn’t understand how to use LinkedIn.

A few other people agreed. One or two shook their heads in not-so-mock consternation. Having overheard this group before – beware solitary people with Kindles eating lunch – I knew that these were business folk. Marketers. Salespeople. And while there was a part of me that wanted to say something, I decided to be quiet and consider what they said.

After all, they’re right.

They don’t understand it. They owned that. In the grand scheme of things, that really isn’t a failure – social networks are hardly transparent in how they work, and they do allow people to think that it’s about the members of the community when the bottom line says it is not. There’s no shame in not understanding how social networks work, or don’t. There’s no shame in that at all, and coming to that conclusion within a moment or two, I listened some more.

I mean, really, social networks suck. They almost always show us things that we don’t want to see while somehow failing to show us what we need to see. Renowned sociologist, Zygmunt Bauman, said that social networks are traps – and largely, they are.

This leads us to the first thing you need to understand.

Social Networks Are Not About You

I know, I know, we all would like to think so as we impress upon each other our politics, our perspectives and our silliness – not to mention kittens.

An antiquated perspective would say, “Well, then we’re in charge!”. The idea that you could control what is bought of you and sold to you is a bit naive at best; at worst it’s a simple matter of giving yourself away in bytes.

So then we like to think that, like a casino or lottery, we will come out the winner when no one else is beating the house. A few do. The majority will not. Despite your best efforts, you’re likely to be a part of the majority rather than the minority.

If that sounds bleak, well, shucks, I apologize for being the guy who gives you the news, but I do expect you to thank me at some point when it sinks in.

Now that we have established that it isn’t about you, you’re ready for the second point.

Social Networks Are Not Designed For You.

Wow, I’m just pulling down your worldview. It’s a bummer, I know, but someone pretty intelligent said to me recently, “the person who reads the reports makes the decisions, not the one who uses the user interface” (take a bow, M.E.). That summarizes it quite well.

The people who pay for your data and who pay the owner of the social network to sell you stuff are the ones who drive the interface. You’re just a statistic. They might tell you that they’re warm and fuzzy human beings, but that warm and fuzzy goes away fast when the black line falters.

And yet, I must make the final point.

Social Networks Can Benefit You.

When you realize that you’re just a squirrel in their world trying to get your nut, you learn how to gather your nuts by paying attention.

The first rule of being popular on a social network – something I’ve never tried to do except professionally – is not to be like everyone else. Your posts need to represent what you want your digital shadow to be seen for.

If you have a business, you should stand out not just with better products and services – what do you mean you don’t have those? Go get them and then finish reading this– you have to stand out. The best and easiest way to stand out is to be yourself. Don’t just post things about your company. Post things that people find interesting, and if you have good salespeople and marketers, they can give you input so you can at least fake it to the demographics you’re looking for.

If you’re an individual, take the risk of being yourself. Don’t post pictures of your food. Don’t use a professional network to explore your love life candidly. Use the funny shaped thing inside your skull, equidistant between your ears.

You may not be popular.

You’ll have a presence, and really, that’s the only way to leverage a social network your way. Be interesting, or as close to interesting as you (or your company) can abide.

I encourage you to read this LinkedIn post as well:

Your Personal Brand and LinkedIn