I’ve been looking for angles on how to write about this latest lockdown in Trinidad and Tobago. I considered writing something for TechNewsTT.com about the technology aspects, but the article always fell short in my mind and seemed to dance just a bit beyond a technology aspect. Then, too, writing anything critical in Trinidad and Tobago is like threading needles – plural – while riding a rollercoaster because of politics, because of what I perceive as a culture that demands progress but does it’s best to work against it with cultural inertia… And so there has been a bit of paralysis in my mind as this all plods along.

And plod along it does. Social media has been drowning in disaster porn. The government of Trinidad and Tobago adds it’s deluge onto that with daily statistics that are confusing to those that don’t understand how they are created, and frustrating those that do. Imagine that the testing laboratory is closed on weekends, and always lags on Mondays, and how that skews statistics – but then, too, imagine so many being tested that to require staff to work weekends would be a bridge too far. It is fair to say that the Ministry of Health has been overwhelmed and performed well given the circumstances, but it is also fair to say that the fact that the Ministry of Health has been overwhelmed speaks to decades of stagnation in many regards. Health records immediately come to mind in a country that has de facto free medical care, to a point, and at some points pointless.

So then we get into threading one of the needles where we don’t criticize the people in the system but the system themselves, much like National Security in how it has had to deal with the State of Emergency which has not been invasive, to the chagrin of some who think that everyone who breaks the rules should be tossed in a cell somewhere – as if tossing them in cells doesn’t create new problems in a pandemic. Where do you house them? How do you feed them and handle basic necessities for them? It’s not so easy.

Meanwhile, the hunt for vaccines became a political stew and an international one at that, while all the time the local politicians hold press conferences on each other rather than the actual issues because, really, what do you do when decades of lack of progress in so many regards comes to a head in such a situation? While the pandemic is a new experience and has wreaked it’s own sort of havoc across the world, that havoc was largely made possible by failures in systems that were perceived as robust to the voting publics. In this regard, Trinidad and Tobago is not that different, but anyone familiar with modern history of Trinidad and Tobago will look back to the 1960s and 1970s and think of all the money just wasted and stolen rather than invested, with every government since working with less and less while the challenges become greater and greater.

So how does one even begin to write about this properly? Facts and figures aren’t enough because there is context, and there are so many contexts. Economic, education, medical, national security… How does one write about all of this without blessing or condemning anyone in government? While it’s popular to apply faces to blame, it’s almost never right – the odds of complete incompetence of any individual in any bureaucracy is limited by the bureaucracy, but it is also magnified by the bureaucracy.

I have spent months observing and reflecting on it and I have yet to find the right threads to begin tugging on when it comes to this tattered rug that has not been dealt with since the time of my grandparents, when it should have been, when it could have been.

But I have this parting note. Recently, I noted to some former classmates that when we graduated Secondary School, regardless of where our paths would take us, we lead with this thought that we could somehow make a difference… and some of us have, probably more than think they have, but when I look at the world and consider someone now that age looking at this tattered rug… somehow, it just doesn’t seem to measure up. 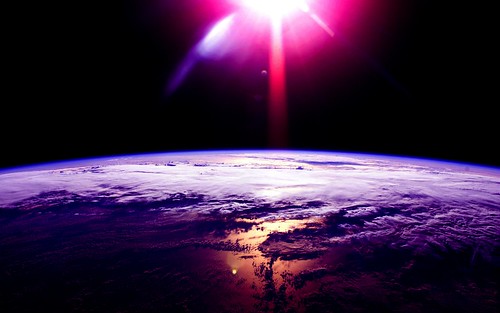