This page is a work in progress. I’m going through the cobwebs, thinking of other stuff I did. 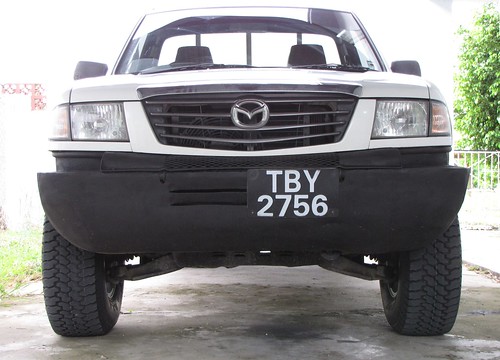 In 2006, I designed my own bumper after the turbo intercooler got trashed in the bush on my land.
I came up with the design, and a fellow who worked at Rampersad’s General Electrical Engineering, Boya, fabricated things just the way I wanted and needed.

The design is wrapped and welded 1/16″ steel, with ventilation for the turbo intercooler (2.5L 4 cylinder diesel). The bumper has split air conditioning hose to cushion the body. Rounded on the sides to allow for cornering traction in mud, rounded in the front to push the grass down while protecting the turbo intercooler (well, I did get a bigger one) and other extras beneath. This bumper is bolted directly to the frame.

Lasted for 4 years of hard use in the bush. Even took out some empty fifty gallon oil drums on one of my ‘roads’ at 45 km/h. It bent a little (and the airbag didn’t deploy). 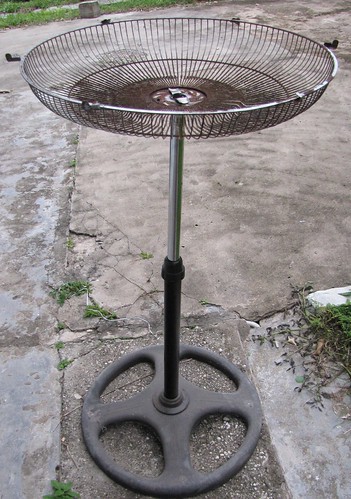 Back in 2009, I was taking a lot of bird photos in Trinidad. They ate fruit. I had a broken fan and a need for a bird feeder.

I suppose I could have painted it and made it presentable to humans, but the birds had no issues with sitting on it before I made it and had none after.

Bowl of water in the center, and tada… you have a bird bath and feeder. 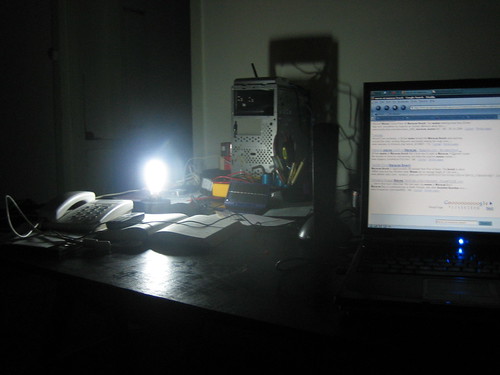 I’d put together some of the solar equipment together after my father’s death and implemented some of my own designs.

Everything but the phone in this picture is being powered by solar energy. Even the Altec-Lansing speakers and the wifi. The only exception would be the 5V on the old landline, but that’s not something I tapped anyway. I did think about it.